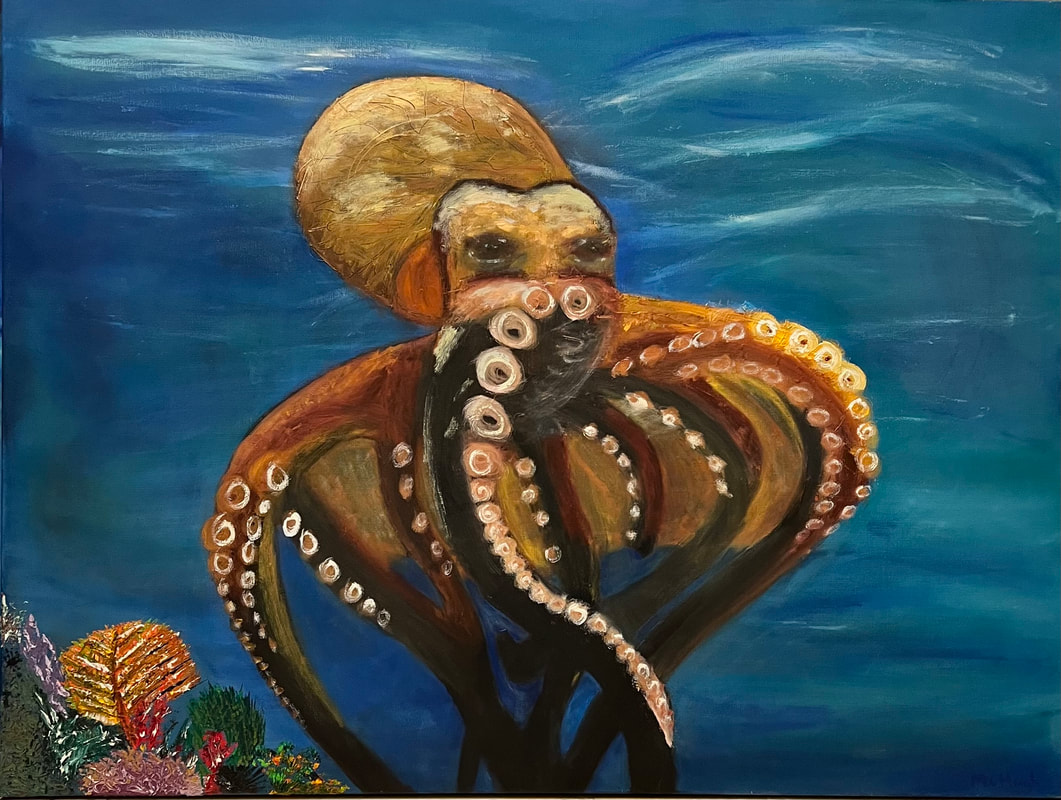 Artist statement: This piece is an oil on canvas. I started it in 2018 and was working on it when my son “Alexander” died from suicide. Art has always been a part of my life. However after the loss of my son I didn’t have the desire to paint and for a year I didn’t.

I finished this piece and others in 2020 after taking back my art space. The process of moving color around the canvas and creating is cathartic and a form of meditation for me. Painting has helped me move through my grief. I cried, laughed, remembered, reflected and allowed myself to feel my feelings while painting. I learned through grief groups that it is normal and natural to feel whatever way I feel about my loss.

My intention for this piece is to invite the viewer to imagine the thoughts and emotions going through his big brain with no voice. Talk saves lives. Stop the stigma.

Check out other works from the Mental Health Mosaics Art Show here.
Creative Prompt
Creative Prompts
This worksheet is free to use in any context. Print it or just use it as inspiration. You can download the full workbook here.
Crisis Lines

Who to Call for Help

American Foundation for Suicide Prevention - Offers information about preventing suicide through conversations and through policy change.

Indian Health Services - Tips on how to start the conversation and get people help.

Please note: this transcript is not complete.